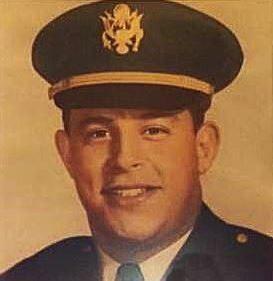 It was in 1904 that the railroad came to the Valley and Lon C. Hill moved to develop the vast land holdings that he had purchased. The Lon C. Hill Town and Improvement Company, and later the Harlingen Land and Water Company, would become the vehicle on which Hill would develop the town of Harlingen. Key to its success would be the major canal that Hill constructed for agricultural irriga- tion from the river to Harlingen and then beyond.

Perhaps, with ideas of selling the ranch, it had been surveyed in 1896 according to available records. It was in the year 1905 that many of the Secundino (Papa) Gutierrez family moved to a homestead at 313 W. Van Buren, Harlingen. Some apparently continued on the ranch until as late as 1912. Secundino after selling the ranch closed his general store in that area and was first to commence a bakery on W. Van Buren then later open a dry goods and grocery store on W. Harrison. By 1909 son Jose is operating the store at 408W. Harrison Avenue. Secundino would have a long and fruitful life before dying in 1949.

The accomplishments of the many Gutierrez family descendants are much too numerous to elucidate here. I shall however note two especially outstanding ones.

Rosaura Guttierez was the daughter of Eugenio, one of Secundino’s 13 children. Maria Rosaura “Chachi” Gutierrez was born in Harlingen on January 18, 1918. After being graduated from Harlingen High School in 1938, she started her vocational career with the Eagle Loan Company. Upon the establishment of the U.S. Cadet Nursing Program on July 1, 1943, Rosaura was accepted into this program. She then attended Saint Mary’s University in Leavenworth, Kansas. Wanting to expand her horizons, she wished to join the World Health Organization (WHO) as a nurse.

Her father however wanted her to complete some nursing time in Harlingen. Rosaura dutifully obliged and spent the year 1952 at the Valley Baptist Hospital. She then went to work with WHO where she served as a nursing consultant, developed nursing school curriculum for nursing schools in Mexico, Central & South America and various Caribbean Islands. Furthering her education she went on to receive a Bachelor’s Degree from the Catholic University of America in Washington, D.C. and a Master’s Degree in Public Health from Boston College.

She subsequently traveled the world serving humanity in a number of third world countries. Retiring in Harlingen in 1981, Rosaura continued to contribute to the community while actively serving on the Cameron County Historical Commission and especially by initiating its student Art History contests. She was a stalwart in researching and maintaining records of the Gutierrez family history and genealogy. Lastly it is reflected that Rosaura was deeply religious and a faithful member of the Immaculate Heart of Mary Catholic Church, Harlingen’s “mother” Catholic church.

Second Lieutenant George Gutierrez Jr. was the first-born grandson of Harlingen pioneer Eugenio and Sabas Gutierrez and the only son of Mr. and Mrs George Gutierrez Sr. His birth date was January 20, 1941. At the time of his birth his parents, George and Graciela, were living at 419 W. Van Buren Avenue. His father was employed by the Magnolia Beer Company. The younger Gutierrez was a Harlingen High School football star and student body leader. George Jr. was to be the first casualty of the Vietnam War for the City of Harlingen.

George was in the last high school class to use the old high school on 13th Street and the first to graduate from the new high school on Marshall Street. In his sophomore year he was elected president of the Pan American Student Forum. This was highly unusual in that the forum was composed primarily of juniors and seniors. George played both baseball and football for the Cardinals in the years 1958 and 1959. In the former year, as guard for the football team, he was on the Cardinal’s District Championship team. He also participated in the school’s Slide Rule Club.

George was a cadet corps member while attending Texas A&M and after graduation continued on in the U.S. Army Reserve. His Bachelor of Science Degree from Texas A&M recognized him as a graduate Civil Engineer. He was employed as a civil engineer for the California Division of Highways, Los Angeles before joining the military in April 1965. While the war began in November 1955, U.S. involvement didn’t escalate until after the Gulf of Tonkin incident in 1964.

It was on June 8, 1965 that Second Lieutenant Gutierrez commenced his active duty after volunteering to become an Army UH1 Huey helicopter pilot. He was also qualified to fly utility and single rotor light cargo aircraft. The unit that Lt. Gutierrez took action with was the 197th Assault Helicopter Company, 145th Aviation Battalion (nicknamed “Old Warriors” and “First in Vietnam”), 12th Aviation Group.

George spent 14 weeks training to become a helicopter pilot at Fort Rucker, Alabama. He then spent two weeks with his family in Harlingen before going overseas.

Within one month of being assigned to duty in Vietnam, at age 24 on September 1, 1965 Lt. Gutierrez became a war casualty when the lead helicopter he was piloting crashed after an explosion due to hostile action, near Binh Duong, 25 miles southwest of Saigon in South Vietnam. Also to die in the helicopter crash were three other American soldiers and a Vietnamese observer. The mission of the helicopter (HU-1B tail number 63-08567) was to escort and provide cover for a road convoy. The crew had noticed suspicious activity east of the highway at Ben Cat and had approached to investigate the known VA area.

The lieutenant’s body was recovered and returned to America. He was awarded numerous military honors including the Distinguished Flying Cross, the Bronze Star and the Purple Heart.

Lt. Gutierrez was not married and left no heirs. Following a solemn service at the Immaculate Heart of Mary Catholic Church, of which George was a member, he was interred in Mont Meta Memorial Cemetery north of San Benito, Texas.

On October 15, 1980 Diaz Park at 500 W. Harrison Avenue between C and D Streets was renamed the Lt. George Gutierrez Park in honor of the Vietnam hero. The park’s amenities on its two acres consist of picnic areas, benches, playground and bandstand.

It was on November 13, 1996 that the School Board named the new middle school at 3205 W. Wilson Road the Lt. George Gutierrez Jr. Middle School.